Have you ever pulled a knife out the dishwasher to find it has rust on the blade? This is a problem that not only concerns knives, but also your cutlery. Read this post if you want to learn how to avoid rust film and how to get rid of it once it's occurred.

Do you get rust stains on knives and cutlery that have been in the dishwasher? Then your dishwasher might be suffering from rust film. Don't worry, it's an easy problem to fix. Learn more about rust film in this guide.

Look after your dishwasher 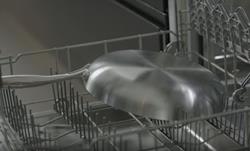 A dishwasher needs to be treated well to work optimally - and to prevent the things you put in it from becoming damaged or ugly to look at.

Why do you get rust film in the dishwasher?

Because of iron!  being washed in the dishwasher. Rust film occurs when stainless steel cutlery and/or knives are washed with other items that are:

Check whether, for example, your garlic press is made of iron before putting it in the dishwasher. The blade of a cheese slicer or pizza cutter can also be a culprit when it comes to rust film. The same applies to cutlery holders that are made of iron and where the insulation has split, making the iron visible. That's why many cutlery holders are now made of plastic.

You can also avoid rust film by keeping things made of iron, rusty items and other metal items not made of stainless steel out of the dishwasher.

You should also be aware that food containing fruit acid, acetic acid, lactic acid or salt can also damage stainless steel cutlery if left for too long. The acids can erode the stainless steel surface, allowing the rust to spread.

How do you remove rust film from the dishwasher?

What if you have rust film in your dishwasher and your cutlery is stained? There are several options you can try.

Take care of your knives 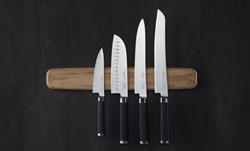 Now you've read how to best look after your dishwasher, it's also worthwhile noting that your knives work best if washed by hand. The dishwasher weakens and blunts the blade, as does leaving your knives in the drawer as opposed to storing them in a knife block or on a magnetic wall rack. 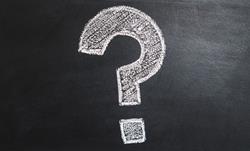 If you want to read more about storing knives, you can find more information in the post How best to store your knives.